3. Who has signed an MOU for Accreditation of Teacher Education Institutions in India?
(A) NAAC and UGC
(B) NCTE and NAAC
(C) UGC and NCTE
(D) NCTE and IGNOU
Answer: (B)

6. What quality the students like the most in a teacher?
(A) Idealist philosophy
(B) Compassion
(C) Discipline
(D) Entertaining
Answer: (C)

8. The research which is exploring new facts through the study of the past is called
(A) Philosophical research
(B) Historical research
(C) Mythological research
(D) Content analysis
Answer: (B)

9. Action research is
(A) An applied research
(B) A research carried out to solve immediate problems
(C) A longitudinal research
(D) Simulative research
Answer: (B)

10. The process not needed in Experimental Researches is
(A) Observation
(B) Manipulation
(C) Controlling
(D) Content Analysis
Answer: (B)

Read the following passage and answer the Question Nos. 13 to 18:
The decisive shift in British Policy really came about under mass pressure in the autumn and winter of 1945 to 46 – the months which Perderel Moon while editing Wavell’s Journal has perceptively described as ‘The Edge of a Volcano’. Very foolishly, the British initially decided to hold public trials of several hundreds of the 20,000 I.N.A. prisoners (as well as dismissing from service and detaining without trial no less than 7,000). They compounded the folly by holding the first trial in the Red Fort, Delhi in November 1945, and putting on the dock together a Hindu, a Muslim and a Sikh (P.K. Sehgal, Shah Nawaz, Gurbaksh Singh Dhillon). Bhulabhai Desai, Tejbahadur Sapru and Nehru appeared for the defence (the latter putting on his barrister’s gown after 25 years), and the Muslim League also joined the countrywide protest. On 20 November, an Intelligence Bureau note admitted that “there has seldom been a matter which has attracted so much Indian public interest and, it is safe to say, sympathy … this particular brand of sympathy cuts across communal barriers.’ A journalist (B. Shiva Rao) visiting the Red Fort prisoners on the same day reported that ‘There is not the slightest feeling among them of Hindu and Muslim … A majority of the men now awaiting trial in the Red Fort is Muslim. Some of these men are bitter that Mr. Jinnah is keeping alive a controversy about Pakistan.’ The British became extremely nervous about the I.N.A. spirit spreading to the Indian Army, and in January the Punjab Governor reported that a Lahore reception for released I.N.A. prisoners had been attended by Indian soldiers in uniform.

13. Which heading is more appropriate to assign to the above passage?
(A) Wavell’s Journal
(B) Role of Muslim League
(C) I.N.A. Trials
(D) Red Fort Prisoners
Answer: (C)

14. The trial of P.K. Sehgal, Shah Nawaz and Gurbaksh Singh Dhillon symbolises
(A) communal harmony
(B) threat to all religious persons
(C) threat to persons fighting for the freedom
(D) British reaction against the natives
Answer: (C)

17. The majority of people waiting for trial outside the Red Fort and criticising Jinnah were the
(A) Hindus
(B) Muslims
(C) Sikhs
(D) Hindus and Muslims both
Answer: (B)

18. The sympathy of Indian soldiers in uniform with the released I.N.A. prisoners at Lahore indicates
(A) Feeling of Nationalism and Fraternity
(B) Rebellious nature of Indian soldiers
(C) Simply to participate in the reception party
(D) None of the above
Answer: (A)

19. The country which has the distinction of having the two largest circulated newspapers in the world is
(A) Great Britain
(B) The United States
(C) Japan
(D) China
Answer: (C)

21. Which of the following statements is not connected with communication?
(A) Medium is the message.
(B) The world is an electronic cocoon.
(C) Information is power.
(D) Telepathy is technological.
Answer: (D)

22. Communication becomes circular when
(A) the decoder becomes an encoder
(B) the feedback is absent
(C) the source is credible
(D) the channel is clear
Answer: (A)

24. Assertion (A): For an effective classroom communication at times it is desirable to use the projection technology.
Reason (R): Using the projection technology facilitates extensive coverage of course contents.
(A) Both (A) and (R) are true, and (R) is the correct explanation.
(B) Both (A) and (R) are true, but (R) is not the correct explanation.
(C) (A) is true, but (R) is false.
(D) (A) is false, but (R) is true.
Answer: (B)

32. Inductive reasoning is based on or presupposes
(A) uniformity of nature
(B) God created the world
(C) unity of nature
(D) laws of nature
Answer: (A)

33. To be critical, thinking must be
(A) practical
(B) socially relevant
(C) individually satisfying
(D) analytical
Answer: (B)

34. Which of the following is an analogous statement?
(A) Man is like God
(B) God is great
(C) Gandhiji is the Father of the Nation
(D) Man is a rational being.
Answer: (A) 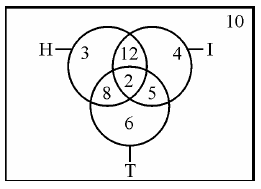 37. Which of the following graphs does not represent regular (periodic) behaviour of the variable f(t)?

Study the following graph and answer the questions 38 to 40:

41. Which of the following sources of data is not based on primary data collection?
(A) Census of India
(B) National Sample Survey
(C) Statistical Abstracts of India
(D) National Family Health Survey
Answer: (C)

43. Which of the following is not related to information security on the Internet?
(A) Data Encryption
(B) Water marking
(C) Data Hiding
(D) Information Retrieval
Answer: (D)

44. Which is the largest unit of storage among the following?
(A) Terabyte
(B) Megabyte
(C) Kilobyte
(D) Gigabyte
Answer: (A)

49. The great Indian Bustard bird is found in
(A) Thar Desert of Rajasthan
(B) Coastal regions of India
(C) Malabar Coast
(D) Delta regions
Answer: (A)

50. The Sagarmanthan National Park has been established to preserve the eco-system of which mountain peak?
(A) Kanchenjunga
(B) Mount Everest
(C) Annapurna
(D) Dhaulavira
Answer: (B)

53. Which one of the following non-conventional energy sources can be exploited most economically?
(A) Solar
(B) Wind
(C) Geo-thermal
(D) Ocean Thermal Energy Conversion (OTEC)
Answer: (A)

54. The most recurring natural hazard in India is
(A) Earthquakes
(B) Floods
(C) Landslides
(D) Volcanoes
Answer: (B)

55. The recommendation of National Knowledge Commission for the establishment of 1500 Universities is to
(A) create more teaching jobs
(B) ensure increase in student enrolment in higher education
(C) replace or substitute the privately managed higher education institutions by public institutions
(D) enable increased movement of students from rural areas to urban areas
Answer: (B)

56. According to Article 120 of the Constitution of India, the business in Parliament shall be transacted in
(A) English only
(B) Hindi only
(C) English and Hindi both
(D) All the languages included in Eighth Schedule of the Constitution
Answer: (C)

57. Which of the following is more interactive and student centric?
(A) Seminar
(B) Workshop
(C) Lecture
(D) Group Discussion
Answer: (D)

60. Assertion (A): The U.G.C. Academic Staff Colleges came into existence to improve the quality of teachers.
Reason (R): University and college teachers have to undergo both orientation and refresher courses.
(A) Both (A) and (R) are true and (R) is the correct explanation.
(B) Both (A) and (R) are correct but (R) is not the correct explanation of (A).
(C) (A) is correct and (R) is false.
(D) (A) is false and (R) is correct.
Answer: (A)